Wounds In The Age Of Healing 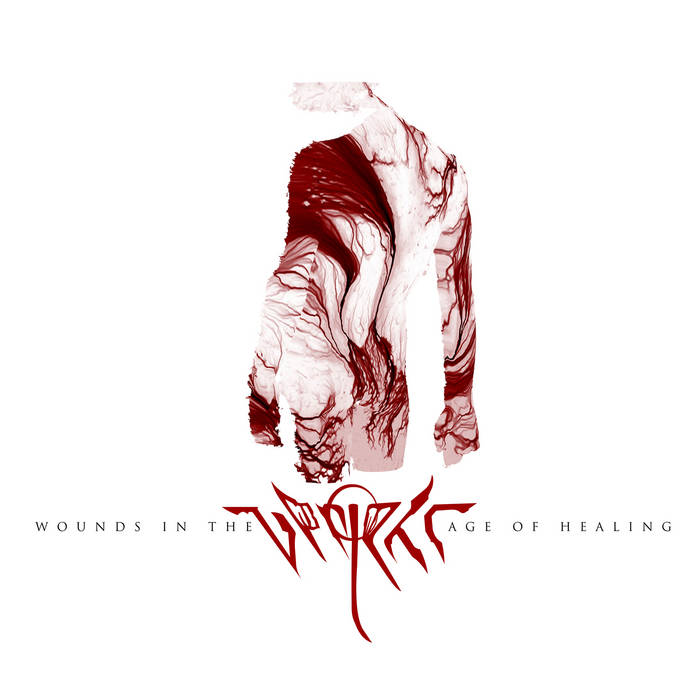 A dark electronic soundscape worlds away from the beat-driven majority of modern industrial releases, VPROJEKT’s standout sonic signature quickly caught the ear of no less a scene-figurehead than Johan van Roy of SUICIDE COMMANDO – who not only asked permission to include the track “Warlord” on his “World Wide Electronics 2” sampler, but also agreed to contribute guest vocals to one of the bonus tracks of the (now sold out) 2CD Limited Edition.

After almost 3 years quite literally “in the wilderness”, Nesci has returned without warning as abruptly as he originally arrived, armed again with another incredible sonic collage which – while clearly referencing a variety of “old school” industrial influences (spot the name-checking of :Wumpscut: and NIN releases hidden amidst the lyrics) – sounds uniquely unlike anything else.

With a greater emphasis on organic instrumentation like guitars, and a complex multi-layered and experimental vocal sound pushed to the fore, “Wounds In The Age Of Healing” will sound both familiar and developed to fans of VPROJEKT’s 2011 debut – retaining the epic complexities that defined that record while for songs like “Killer Instinct”, “Don’t Blink” or the single “Strict Command” adopting a more linear and direct approach.

Given the recent popularity of “retro” sounding acts like YOUTH CODE and 3TEETH, the timing could hardly be better for VPROJEKT to return – with a new record that seems likely to appeal both to a very current audience and also those of a previous generation pining for “old school sounds”.

This first edition of “Wounds In The Age Of Healing” comes in 4-panel digipak and features 4 remixes exclusive to this CD-version – by HAUJOBB, ESA, ISZOLOSCOPE and WYCHDOKTOR. Strictly limited to 250 units worldwide.
Usual DWA 20% "Hayawari" pre-order discount applies until day of release: save $3 off the usual $15USD price-tag!