The Gospel Of Nil 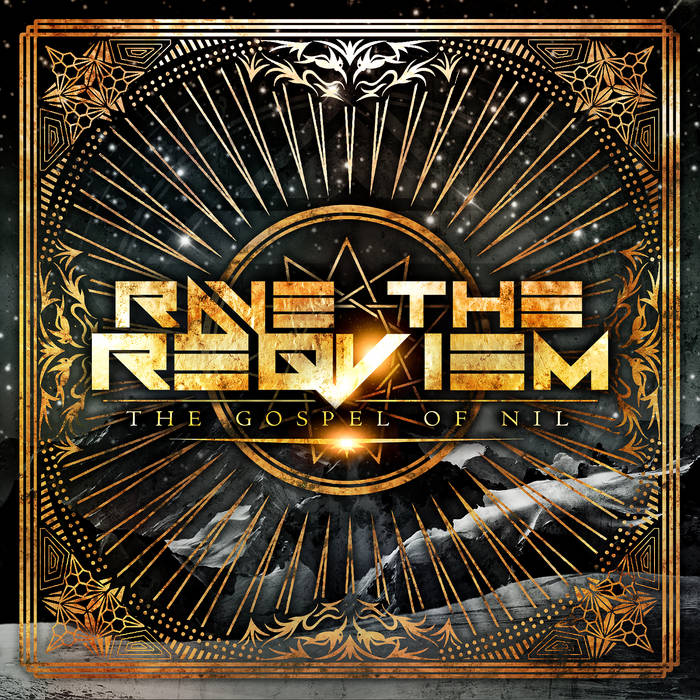 Steven Gullotta So much talent compacted onto one hell of an industrial metal and electronic hybrid. Full review here:
www.brutalresonance.com/review/rave-the-reqviem-the-gospel-of-nil/

Chancellor Purvis wow, this album, is amazing. Its soo well layered to perfection. Vocals are perfect for each song, but Carola's voice is as always perfect. Favorite track: Azalea.

We’ve already managed to have one Number One album this year in last week’s German Alternative Charts courtesy of TERROLOKAUST – if we were to anticipate having another massive hit record this year logic dictates that it would *have to be* this, the second album from Swedish industrial-metal sensation RAVE THE REQVIEM which comes fueled with all kinds of Old Testament fury.

Singer/songwriter Filip Lönnqvist‘s self-titled debut album “Rave The Reqviem” was the breakout success story of 2014 on DWA – swiftly accelerating to become both the fastest-selling and ultimately the best-selling “true debut album” on DWA ever (“Fallen” being technically CYGNOSIC’s second album, if “first for DWA”). Spawning the singles “Aeon”, “Is Apollo Still Alive?” and the massively popular “Ikaros”, “Rave The Reqviem” captured the attention of audiences worldwide leading in turn to invitations to perform in both Russia and at Resistanz Festival UK. Subsequently reissued in an expanded 2CD format (and separate digital remix album), the album continues to sell at some pace on all available formats.

Some two years later, Filip – now accompanied by a full 5-piece band which includes proud parent Carola providing the female vocals – has finally put the finishing touches to the follow-up, his first concept album “The Gospel Of Nil”. Still incorporating the electronics that powered the first album and which are a key component of the signature “RTR Sound”, “The Gospel Of Nil” has been deliberately written and produced as an album which goes way deeper into metal territory than ever before – and which in so doing seems likely to supply “the Chvrch Of RTR” with a steady stream of further converts from more mainstream rock audiences in addition to fans of industrial metal.

So what exactly is “The Gospel Of Nil”?
According to “the Prophet” himself, “The Gospel Of Nil means - more or less - the songs of nothingness… a metaphor for the artist's endless and hopeless battle against himself. Art becomes a weapon which you point at the world with the hope of having your revenge by being successful. But a battle won in the name of vengeance is no real victory. It is only proof that you have already lost in the beginning. So no matter how hard you try, you will always be beneath society. No matter what you do, you are still nothing. That's why your gospel could never be anything else than nothing”.

Besides the album-opener “Azalea” unveiled today and the single “Mono Heart”, “The Gospel Of Nil” features a further 7 full-length industrial-metal masterpieces sandwiched between the album’s atmospheric intro and outro – endpieces which were co-created like “Mono Heart” B-side “The Antedilvvian Lvllaby” by Russian composer Alexei Zakharov (Egosoft GmbH) with guitarist Alexander Alpidovsky.

Other names and faces already familiar to followers of RAVE THE REQVIEM also make welcome returns for this new record.

Additional programming across half the album comes courtesy of John Stancil (aka BL4KJ4K) of SERAPHIM SYSTEM – who also contributes brutal additional vocals to several songs (BL4KJ4K previously provided both a remix for the previous album plus a mash-up B-side to the “Ikaros” single).

“The Gospel Of Nil” was mixed and mastered like the “Mono Heart” single by André Alvinzi (of legendary Swedish metal studio Fascination Street), assisted by Linus Corneliusson. André’s credit reel reads like a rollcall of the modern rock scene, including as it does the mixing and mastering of albums by INSOMNIUM and THE FORSAKEN, keyboards and additional programming for bands such as AMORPHIS, ANGRA and MOONSPELL, and the 5.1 surround sound mix of the latest AT THE GATES album.

As befitting a title with such Biblical pretensions, the CD first edition of “The Gospel Of Nil” comes in luxurious and collectible hardback digibook format, with integral 20-page lyric booklet. This “First Folio” is strictly limited to 300 copies worldwide.

Track Name: Azalea
Rebooting misogyny
In the minefield where happiness vsed to be
Seeds of death and destrvction
Growing restless
In the wake of a deathwish epiphany