Spit The Poison Out 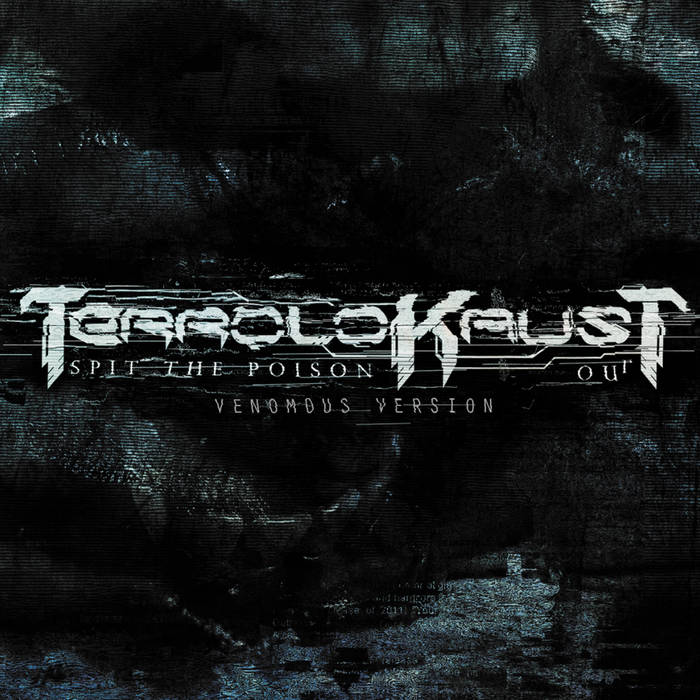 Lauded by the likes of GRENDEL, NACHTMAHR, SOMAN and REAPER on its release, Spanish duo TERROLOKAUST’s 2011 album “God Loves The Violence” justifiably generated rave reviews and catapulted the band to prominence in the electro-industrial scene.

A quantum-leap in songwriting and production compared to the band’s 2006 debut “Gas”, “God Loves The Violence” was built on simple, powerful programming, topped with expressive and versatile vocals - an album of melodic beauty and passion containing a rich variety of sounds, and one made with an obvious appreciation of both electronica and alternative rock.

But inside just 2 years, TERROLOKAUST have proved themselves more than equal to the challenge - returning with another incredible album in the shape of “Spit The Poison Out”.

Again boasting a jaw-dropping production-quality and songwriting skill easily on the same level as major label acts, and ably assisted for this album by guest guitarist Ashes (STATIC-X), TERROLOKAUST once more walk the line between rock and electro with an assurance and accomplishment that others can only dare to dream of successfully carrying off.

Like “God Loves The Violence” illustrated by DWA’s in-demand lead designer Vlad McNeally (KALLISTI:DESIGN), and mastered by Kolja Trelle (SOMAN), “Spit The Poison Out” is another epic masterpiece totally unlike the majority of music currently marketed as industrial – an album that demonstrates beyond any lingering doubts TERROLOKAUST to be a band with both durability and their own definitive sonic fingerprint.

Equally at home singing and writing exquisitely anguished lyrics in English or their native Spanish, as effortlessly in control of their own material like the stomping single “The Way It Must Be” or covering Korn’s “Falling Away From Me” and making it their own, TERROLOKAUST have become past masters at rocking out and bringing both the bass and beats.

Rounded out with a bonus section of remixes from ROTERSAND (Trisol), FGFC820 (NoiTekk) and PANIC LIFT (Metropolis), the DWA CD-version of “Spit The Poison Out” came in 4-panel digipak, and is NOW SOLD OUT!

“Spit The Poison Out” spent 8 consecutive weeks in the Top Ten of the Deutsche Alternative Charts, peaking at #3, and was the band’s first US release – sublicensed to Vendetta. The album also led to the band’s first vinyl releases in the shape of 2 further singles “The Way It Must Be” and “Scars That Never Heal”, released by DWA on 7″ and 12″ formats respectively, and their second promo video – for “The Way It Must Be”.
In the wake of its release, slowly but surely Terrolokaust have started to become a fixture on the German festival circuit, and last year DWA arranged a first major European tour for the band – to spend 3 weeks on the road opening for AESTHETIC PERFECTION/FADERHEAD.

"Spit The Poison Out" is now available on CD as "Venomous Version" - incorporating as bonus tracks the b-sides from "Scars That Never Heal" - or 2CD Limited Edition with 12-track remix CD2 "Mix The Poison Up".