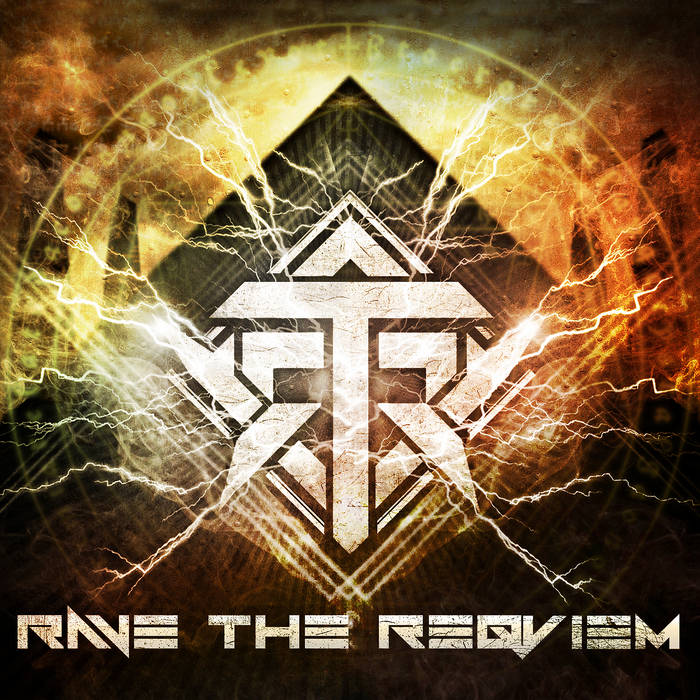 beynethe Love with a passion the track Aeon!

CeeJay Gervais An absolutely amazing mind fuck of an album, harsh and smooth vocals are in perfect balance, I've already pre-ordered their next album. I doubt they will dissappoint. Favorite track: Sloth Whore.

In all the years of seeking out the finest emerging talent to sign to DWA, seldom have any act’s tracks stayed playing on repeat all day at the office like the first songs we discovered online from RAVE THE REQVIEM in 2013. This handful of tracks, self-released digitally as demos by songwriter Filip Lönnqvist formed the core of the band’s full-length self-titled album released last April on DWA.

With the digipak first edition of the album already sold out in little over a year, we are now pleased to present a 2CD re-issue of "Rave The Reqviem" - complete with a 12-track CD2 of remixes (including 9 previously unreleased from GRENDEL, FADERHEAD, W.A.S.T.E., IVARDENSPHERE, NITRO/NOISE, THOMAS NYHOLM, DJ ARTI-FIX, RUINIZER and VPROJEKT - and 3 previously only available digitally), a 12-panel foldout poster-booklet including all lyrics, an outer slipcase, all in a strictly limited edition of 100 units all hand-numbered on the traycard.

And if you missed the digipak version of the first pressing, we are also making available a limited quantity of the 100 remaining CDs in a jewelcase edition. This budget-priced re-issue features the same 12-panel foldout poster-booklet as the 2CD, and includes as bonus tracks remixes from COMBICHRIST, NOISUF-X, ALIEN VAMPIRES and SERAPHIM SYSTEM all exclusive to this pressing!
Mixed and mastered in its brutal entirety by Jan L at his X-Fusion Music Production facility in Germany, “Rave The Reqviem” is a devastating debut of incredibly assured and polished songwriting and production skill – a heady and complex cocktail which the band’s own description “industrial metal with modern electronic styles” hardly does justice to.

Ethereal female soprano vocals courtesy of none other than Filip’s mother Carola sail sweetly over the epic choruses of her son’s electro-metal onslaught – providing the perfect musical counterpoint to the carnage of heavy riffs and hard electronics seething beneath the surface.

DWA doesn’t often do what could reasonably be classified as “industrial metal” – so when we do, you can be sure it must be something pretty special. Basically, we haven’t heard music this good in this style since the days of WHITE ZOMBIE or (for those who remember them) fellow Swedes MISERY LOVES CO. – so for those of you with a hankering for those kinds of grooves and super-heavy riffs, imagine a totally contemporary take on that kind of thing, fused with dubstep, glitching and digital hardcore elements and you will be thinking along the right lines.

Already boasting a huge underground following in Russia on the back of the self-released demos, RTR’s full debut album quickly met with a far wider reaching appreciation from fans across the globe – rapidly becoming one of DWA’s fastest-selling acts.
Digital singles of fan favorites “Ikaros” and “Aeon”, plus RTR’s first promo video (for “Aeon”) followed, along with a well-received appearance at Resistanz Festival earlier this year. Meanwhile as might be expected RTR mastermind Filip has been hard at work in the studio working on a follow up album worthy of the name.

13 superb tracks, “Rave The Reqviem” (yes, the name and even every track title is spelled with a V for VERY VIOLENT) is in itself a colossal sounding work.
Ladies and gentlemen, we present to you RAVE THE REQVIEM - another incredible emerging talent identified and added to the embarrassment of musical riches that is DWA’s artist roster, “a polarized and bittersweet sound where mechanical darkness meets beauty and sentiment.“

At the speed this album has been selling, we expect both the 2CD and even the 1CD jewelcase reissue to sell out swiftly so…don’t delay, get yours today!