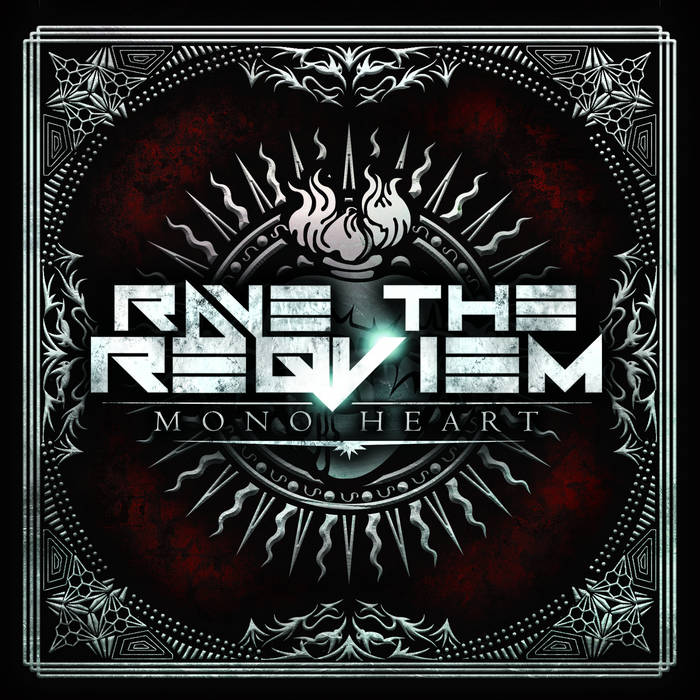 “Mono Heart”, like the rest of RAVE THE REQVIEM’s upcoming second album, was mixed and mastered by André Alvinzi (of legendary Swedish metal studio Fascination Street) – whose previous credits include the mixing and mastering of albums by INSOMNIUM and THE FORSAKEN, keyboards and additional programming for bands such as AMORPHIS, ANGRA and MOONSPELL, and the 5.1 surround sound mix of the latest AT THE GATES album – ably assisted by Linus Corneliusson.

In terms of both songwriting and sound, “Mono Heart” is everything one might expect from RAVE THE REQVIEM and more – boasting major label production quality while packing both a powerful punch and crystal clear mix. As a taste of things to come from the second album itself, “Mono Heart” is almost certain to leave the listener craving for more (and yes, we can tell you right now that every other track on this album is equally as good as this one!).

This single release of “Mono Heart” brings as its “b-side” an alternate mix of “Mono Heart” engineered by Johan Ramström of RamPac - the songwriting/production duo known for producing artists such as SWINGFLY and CRASHDIET. Working primarily with top level Swedish mainstream artists, RamPac have been involved in several productions featured in the Swedish Eurovision Song Contest.

The second non-album bonus track comes in the shape of symphonic ballad “The Antedilvvian Lvllaby” – which serves as a vehicle for both the melancholic side of Filip Lönnqvist’s songwriting skills and the solo vocal talents of Carola Lönnqvist. Co-produced by Egosoft GmbH video game music composer Alexei Zakharov (whose talents also feature on the upcoming second album),”The Antedilvvian Lvllaby” presents a very different sound from the intensity usually associated with RAVE THE REQVIEM!

For those fans preferring the feel of a physical product in their hands, you have not been forgotten either – as to commemorate this momentous occasion “Mono Heart” also comes as a 45 RPM clear vinyl 7”, in a lathe-cut ultra limited edition of (naturally) 45 copies, shipping June 24th. Exclusive non-album B-side is the alternate mix of “Mono Heart” by Johan Ramström – which will never be presented on vinyl again after this!

And for those “superfans” out there wanting to also get “The Antedilvvian Lvllaby” on vinyl, FOR TWO WEEKS ONLY we offer you a double-vinyl pre-order fanpack – with a second, single-sided clear vinyl 7” of “The Antedilvvian Lvllaby”! Also cut for maximum audio fidelity at 45RPM, this double-7” fanpack represents the absolute collector’s item edition of this “Mono Heart” single – as like the “Electro Mix” this track will never again be presented on vinyl anywhere in the future! OFFER ENDS JUNE 24TH!