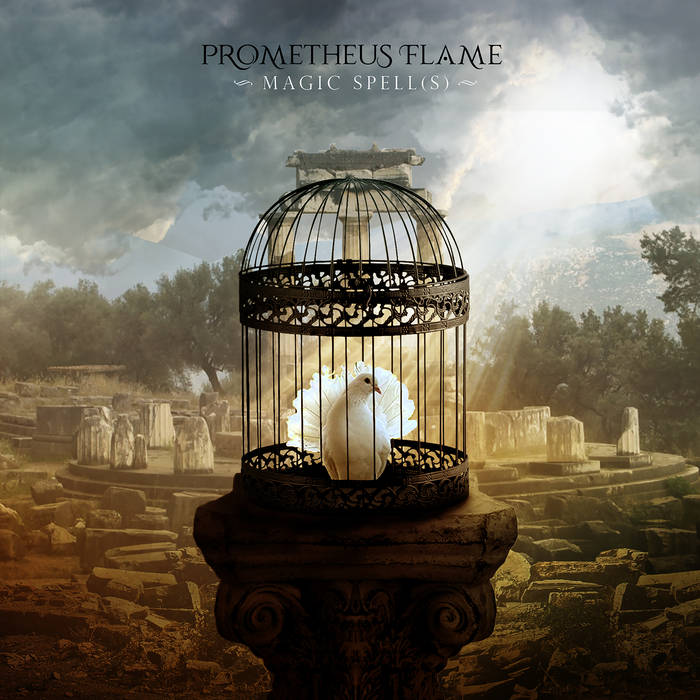 Hailing (like almost a quarter of our current roster now!) from that European hotspot of sun, sea, sand and dark synthetic music Greece, PROMETHEUS FLAME's “Karma Reloaded” came out of nowhere at the end of 2019 and promptly sold out its first pressing on CD within just a couple of months despite being the debut album of a previously unknown band.

Coronavirus and its impact on supply and distribution can be held culpable for the reissue of “Karma Reloaded” being delayed – but that at least afforded us additional time to get amazing bonus content for the “Extended Edition” which comes out next Friday. How to hear any of that though, before getting the CD?

Well, to help you with that, here today we proudly present “Magic Spell(s)” – on ultra-limited lathecut 7” vinyl, and in extended digital and CDEP versions which incorporate ROTERSAND’s remix also found on that “Extended Edition” of “Karma Reloaded” and which you can therefore stream and even download from today.

“Magic Spell(s)” also includes 2 further previously unreleased tracks in the shape of the colossal “Club Mix” rearranged by co-producer Dimitris N. Douvras and a majestic remix from MASSIVE EGO – of whom PROMETHEUS FLAME singer/songwriter George Sofianos just happens to be a massive fanboy, so we went cap in hand to ask “pretty please’ for.

The frankly gorgeous cover art comes – as for “Karma Reloaded’ – from our own Vlad McNeally, with all tracks mastered just like the album by Dimitris N. Douvras…including special “for vinyl” mastering on the 7” version. That 7” version is a strictly limited edition of 24 hand-numbered copies only, lathecut on black vinyl with picture sleeve, while the CDEP comes in the limited quantity of 100 copies worldwide on clear substrate CD format in our recently revived retro-style maxi-jewelcase packaging.