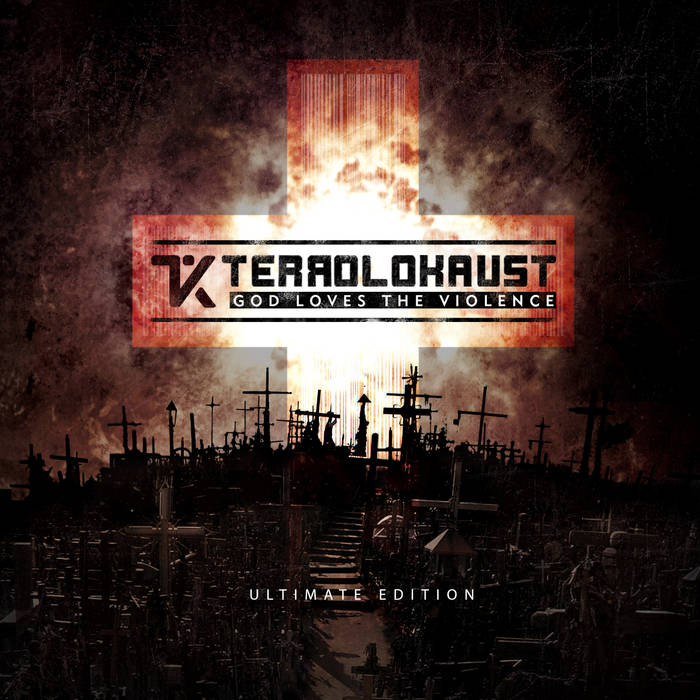 Brought to DWA’s attention by one of our regular audio mastering engineers Kolja Trelle of SOMAN back in 2010, “God Loves The Violence” is a timeless masterpiece – one that gathers together elements from diverse musical styles to effortlessly breathe new life into the genre, and which rapidly became one of the most talked-about electro-industrial releases of the year.
High-tempo club hits like the single “No Control”, mid-tempo tunes like the album’s title track, and more fragile pieces like the eternal classic “The Pain Of Knowing”: “God Loves The Violence” has them all – including 2 tracks sung in the band’s native Spanish and a brilliant re-interpretation of MINISTRY’s classic “Just One Fix”.
10 years later, as part of our celebration of DWA’s own 10th anniversary, we are proud to present a special limited edition CD reissue of “God Loves The Violence” – in digipak, with expanded and redesigned booklet incorporating previously unused pictures, plus of course a trio of long-deleted and hard-to-find bonus tracks.
Simple, powerful programmed bass and beats, plus expressive and versatile vocals, this is an album of melodic beauty and passion that contains a rich variety of sounds - and an obvious appreciation of both electronica and alternative rock. Rediscover – or if you missed it the first time around, discover for the first time TERROLOKAUST’s brilliant debut for DWA today...