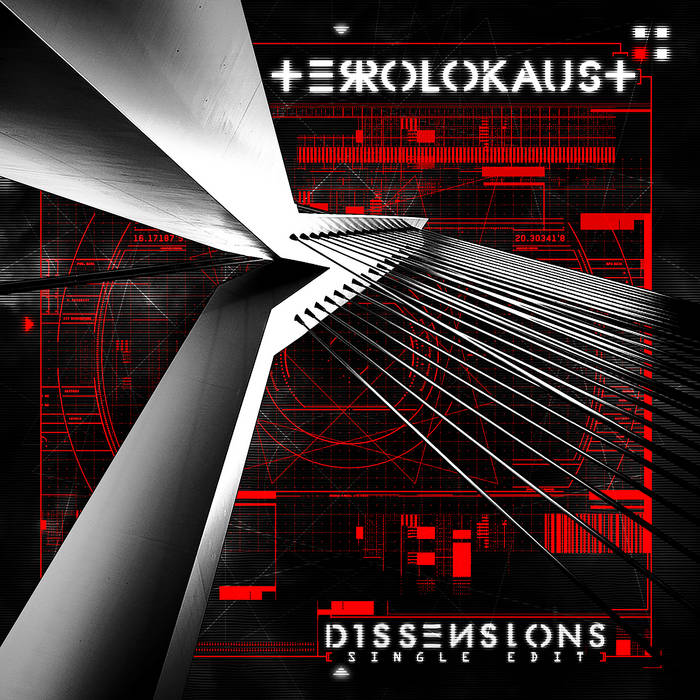 ben bulcock I love a good cover version. And this is great. Impressive vocals. Cool Terrolokaust break at the end. A nice rock-synth edge. But is it better? It's a close call with the original imho. Favorite track: Spitfire.

To commemorate 8 weeks for TERROLOKAUST in the Top Ten Albums of the German Alternative Charts (DAC) including the band’s first ever #1, DWA in collaboration with leading US rock magazine Revolver is proud to premiere the official promo video for the title track “Dissensions” – together with the release of a limited edition 7” single version.

Barcelona-based TERROLOKAUST celebrate the 10-year anniversary of their formation this year – and recently-released 4th album “Dissensions” is described by singer Javi as “their most alternative album to date”, and certainly the rockiest yet.

Directed by Rubén Vilchez of Sabotatge Produccions (InMune, La Unión), “Dissensions” is the 3rd music video from TERROLOKAUST (following “The Way It Must Be” and “Just One Fix” from previous albums “Spit The Poison Out” and “God Loves The Violence”) and the first to be made for this latest album…but by no means the last!

The lathecut limited edition 7” vinyl version of “Dissensions” which accompanies this video release was mastered like the album itself by Kolja Trelle at Koltron Music Production in Germany, and comes with cover art like the album by DWA’s lead designer Vlad McNeally at Kallisti:Design in the US. The “Single Edit” weighs in at around 25 seconds shorter than the album version, in order to preserve sound quality on the vinyl cut.

And in news that will probably have fans wildly fistbumping, by popular demand the “Dissensions (Single Edit)” comes backed with the band’s cover version of Prodigy’s “Spitfire” – which has proved to be a live favourite at recent shows across Europe. Breaking with what had become almost “a tradition” of including a cover version on every previous album, here finally is the one that belongs with “Dissensions”…

“Dissensions” is released as video, download and stream from July 28th, with the 7” vinyl version following on September 16th - 45 copies only of this 7” will ever be made, so pre-order recommended!