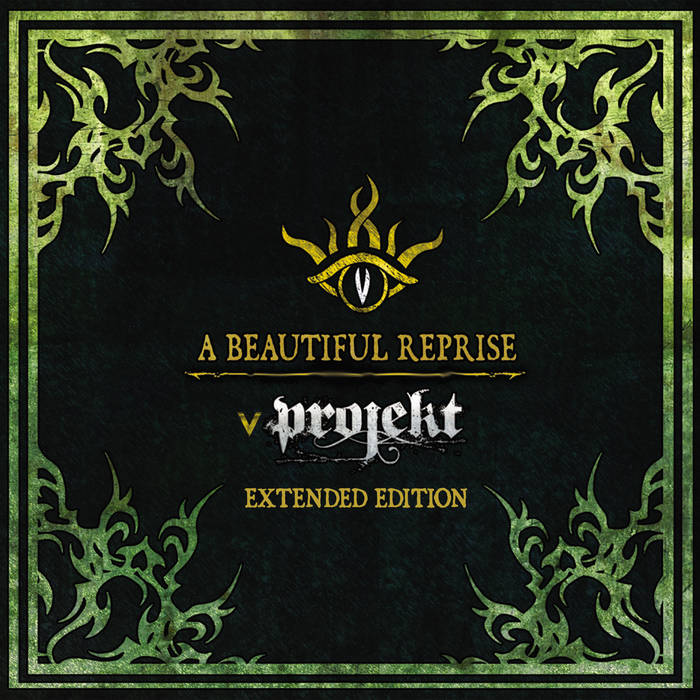 This expanded digital edition of “A Beautiful Reprise” adds nearly an hour-and-a-half of additional material to the debut album "Exhilarate & Disgust" by VPROJEKT.

With such a prolific composer, rather than produce a full album of remixes it was decided instead to produce something to showcase further aspects of VPROJEKT’s own sound - limiting external contributors to a select few.

The first 12 tracks were available on CD only on the now sold-out 2CD Limited Edition release of "Exhilarate & Disgust".

The final 3 tracks were originally featured on the now-deleted download-only EP "Kisses Between The Eyes" (which preceded the album) and on the compilation "Direct World Action for Japan".